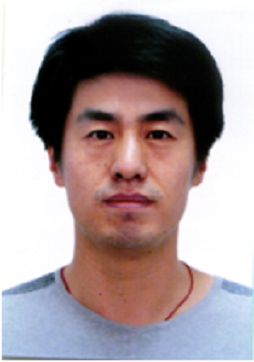 Combination of Modern Design and  Vernacular Architecture in China

2015, Sustainable Design of the  THE-STUDIO in Guian District, accomplished

2012, Reconstruction of the complex  for Service Centre of Tsinghua University, will be accomplished in 2014,  accomplished

2012, Office building for Yilida  Corporation in Taizhou, Zhejiang, which reaches to 3star of Evaluation  Standard for Green Building of China (Planed to be constructed)

2009, Landscape for the Water  Environment Lab of Tsinghua University, accomplished

2009, The Rural Houses for Farmers in  Xifeng, Guizhou, accomplished

2008, Design and research of Rural  Houses for the Inhabitants reconstruction after the “512 Earthquake”,  commissioned research

2012-2015, Research on the strategy of  sustainable design for mass public buildings, as an important research  supported by National Science Fund, P. R. China

2012-2016, Research on the design  strategy for rural houses in the Hot-summer and Cold-winter climate  region considering of the building performances, as a general research  supported by National Science Fund, P. R. China

2012-2014, Research of the ecological  strategy and technology for the inhabitant environment in the  Subtropical, with collaboration ofand supported by Subtropical State Key  Laboratory in South China University of Technology

2010-2013, Research on the standard  system of evaluation and the methodology of the comprehensive assessment  for the Green Buildings

2008-2010, Rural Houses for the  Inhabitants after the “512 Earthquake”, supported by the Ministry of  Science and Technology, P. R. China

Theory and Design of Green Building

2016, Central Canteen of Tsinghua  University, shortlist of The ARCASIA Award for Architecture.

2015, Primary School of Tumen (Deyang,Mianzhu,Sichuan  Province)，excellent  works of the 1st Rural Architecture organized by the Ministry of Housing  and Urban-Rural Development, the Second Award

2015, Kindergarten of Tumen (Deyang,Mianzhu,Sichuan  Province)，excellent  works of the 1st Rural Architecture organized by the Ministry of Housing  and Urban-Rural Development, the Second Award

2012, Editor of <Green design standard  of civil buildings>，  which wins the Second Prize of competition of HUAXIA science and  technology.

2010, the Second Class Award of  Provincial Level for Project of Middle School-Primary  School-Kindergarten-Clinic for Mianzhu, Sichuan

2008, the Fifth Distinguished Award  for Architecture by the Architectural Society of China

2006, the Sixth Distinguished Award  for Young Architect by the Architectural Society of China

2006, the Fourth Distinguished Award  for Architecture by the Architectural Society of China

2005, Second Prize for the Excellent  Architecture Design by the Ministry of Construction, P.R.China

2005, First Prize for the Excellent  Architecture Design by the Ministry of Education, P. R. China

Director of Institute Architecture  and Technology;

Deputy Director of Center of  Architectural Experiment and Education;

14. Jianhua  Ding, Yehao Song, Tianyu Xi. Study on the Optimization for Design of  Indoor Natural Ventilation and Lighting Based on Passive Design  Measurements. Journal of Harbin Institute of Technology. Vol.21 No.4 Aug  2014:24-29.

16. Yuan  Li, Yehao Song, Akashi Mochida, Tsubasa Okaze. WRF Environment  Assessment in Guangzhou City with an Extracted Land-use Map from the  Remote Sensing Data in 2000 as an Example. Journal of Harbin Institute  of Technology. No.5 Aug 2014:26-32

And more than 30 articles published in  the core magazines and conferences till 2008, some of them on worldwide  journals, for example: “Holistic Design Thinking in Sustainable  Architecture Design”, “Municipal Library in Changshu” (Architectural  World Germany/StadtBauwelt) etc.