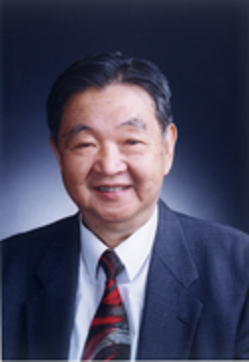 Inheritance and development of the  culture of architecture

“Localization and Globalization” and  its related theoretical problems

Graduating from the Department of  Architecture of Tsinghua University for a Bachelor’s degree in 1952, and  teaching in the department ever since

Member of the Chinese Academy of  Engineering, 1999

Honorary Council Member of the China  Society of Architecture

Self – developed based on topics from Capital Planning  Commission, Beijing Municipality, National Foundation of Natural Sciences , Commissioned by the enterprise

[4].Paying attention to the  application of ecological principles in planning (the eight principles  of   Biocybernetics ) 1981-1982

II  Research on drama, theatre  buildings and their historical development 1958 to today

1. The historical development of  External dramas and theatres

[3].Design and feasible studies on the  international conference centres (including theatres) 1984 - 1986

[4].Exploration on the architectural  schemes of modern performing arts centre 1990 - 1992

[6].Study on the multiple-use and  adaptability of contemporary architecture for performing arts 1992 -  1994

[1].Toward  new balance -The reconstruction and renovation of the old urban  districts of Beijing (He Hongyu) 1985 -1991

[3].Study on problems of the integrity  and historical continuity in the renovation of old cities  (Zhang  Hua)1987 - 1990

[4].Study on several problems on the  planning and construction of small cities and towns in Jiangsu and  Zhejiang (Wang Lifang) 1989-1992

[9].Study on the renovation of the  historical pedestrian commercial streets in the transitional period of  economy (Xue Boyin) 1998-2000

[10].A preliminary exploration on the  modern urban planning strategy of Barcelona (Dai Linlin) 2003-2005

[12].Study on the overall protection  of the historical location (Deng Qiaoming) 2005

IV. Study on the ecological  planning and sustainable buildings

[2].Ecological buildings and  sustainable development and the practice of international circle of  architecture in the 21st century  1999-2000

I  Design of theatre buildings

[2].Architectural design of the PLA  Theatre (it was not built owing to the nation’s economic  difficulties)(Hu Shaoxue, Zhang Yaozeng, Wen Yehong and others)  1959-1960

[10].The sixth round of the  international design competition of the architectural scheme design of  the National Grand Theatre, (Hu Shaoxue, Zhuang Weimin, Zhu Wenyi, Zhang  Yaodong Lu Xiangdong, Song Hailin and others) 1999

[2].The architectural design of  Yuanwang Building — the guest house of the science and engineering  committee of State Defence Ministry, (Wang Meijuan) 1979

[4].Schematic design of the 844  project of the Central Military Commission, (Hu Shaoxue, Yuan Ying, Hu  Rongrui, Li Wei and others) 1986

[5].Planning and architectural design  of Beiheyan in the renovation of the deteriorated buildings in Beijing,  (Chen Yanqing, Fan Qiang and others) 1992-1994

[7].The consultant scheme of Huairen  hall reconstruction (Lu Xiangdong and others) 1994－1995、

[9].The mansion of the Agricultural  Engineering University (Ji Yuanzhen, Lu Xiangdong, Liu Nianxiong and  others) 1998

[10].The scheme design of the Cheng  Jian Tower chosen as the executive one, (Ji Yuanzhen, Zhuang Weimin, Guo  Xun, Liu Nianxiong and others) 1996

[12].The elevation design of the Tower  of the Central Military Commission was conducted by Professor. Li  Daozeng 1996-1999

[1]. Granted of the certificate of  “young-and-middle-aged experts having made outstanding” contributions to  the Nation by the State Personnel Ministry in 198;

[2]. Awarded of the special subsidy of  experts given by the government for their outstanding contributions  since 1991

[3]. Architectural design of the  project of the renovation of China National Theater for Children in  Beijing: was awarded third prize by the National Educational Committee  and the Ministry of Construction in 1993;

[4].Architectural design of the  project of the renovation of Tianqiao Theatre:

Was awarded Number One of the Ten Best  Schemes of the Capital’s Buildings and second prize (there was no first  prize) of the excellent design scheme in the creation of architectural  art and was also awarded a certificate of merit in 1997;

Was granted a third prize certificate  in the ministry-level excellent exploration and design assessment in  2003 (the date of the issuance of the certificate is April, 2004)

Was awarded “the grand prize of the  architectural creation” by China Society of Architecture in 2009 during  the 60th anniversary of the founding of PRC.

[5].The design of the students’  dormitories of Tsinghua University No. 1-4: was awarded “the grand prize  of the architectural creation” by China Society of Architecture in 2009  during the 60th anniversary of the founding of PRC

[6]. Pre-evaluation of the ecological  environment of the 8th phase of the project of the Xinchen Garden and  the model of ecological technique, 2002-2008：One  of the first green ecological residential quarters awarded by Guangdong  Province Real Estate Association and the experimental model of  human-living ecological construction, awarded by China Ecology  Association.

[7].Architectural design of the  Diaoyutai International Conference Center: the 3rd grade prize in 1982  in the nationwide design scheme competition

[9].Was granted in 2012 “A hundred  Chinese architects” by China Society of Architecture

[1].About the research on the problem  of sightline in the auditorium ( Design Group of the National Theatre  Project)

[3].An exploration on the development  of tourism buildings in distinguished mountains and at scenic spots

(Shan Deqi and others)、

[4].Paying attention to the  application of ecological principles in planning (the eight principles  of   Biocybernetics )

[9].Making the past serve the present,  and foreign things serve China --- on the creative thinking of the Home  of Architects

[10].The execution scheme of Home of  Architects ( Hu Shaoxue, Yuan Ying and other people)

[11].Light and heat of a generation of  a master teacher

[13].Architectural creations – the  supporting column for improving the level of teaching and scientific  research

[14].The courtyard houses in Beijing  -An academic report at the Architecture Association in Vienna, 1989

[15].Robert Venturi on the design of  the new National Gallery in London

[17].A present for the city --- the  overall design of China Children’s Theatre ( Zhang Hua)

[18].Post-modern cities march toward  the past

[19].Strive forward despite  difficulties – an abstract of Li’s speech at the seminar ‘Prospect for  the Future’ of the World Architecture Day

[20].Features of the vernacular  building in southern Anhui

An academic report delivered at  Carnegie Mellon University when invited as a visiting professor, 1993/

An academic report of Vienna Society  of Architecture,  1993

[23].An architectural outlook of a new  viewpoint of compromise

[24].The  construction of ecological demonstration district, the implementation of  the strategy of sustainable development

[26].Preface to A Preliminary  Exploration on the Planning Theories of Contemporary global CBD (by  Li Pei)

China Engineering Science, 2000-3 /  Library of Classics of the Development of Science and Technology in  China, p.1339 of the issue of 2003

[28].Ecological buildings and the  sustainable development in the 21st century (the theme report at the  annual conference of the Association of Architect in 2000)

Thesis Collection of the 2001  Conference of the Union of International Architecture Centres,2001 /

[30].The practice of ecological  buildings in the international architectural circle

[31].An analysis to Michael Graves  creative ideas through a visit to his house

won the 3rd certificate in  the basic knowledge of color science and color selection.

[32].Preface to On Architectural  Programming (by Zhuang Weimin)

[33].Enlightenment of the ecological  tourism city by Japanese HUISTENBOSCH

[34].A rough analysis on  innovation-type talents

Selected from On Doing Research and  Cultivating Talents by Famous Teachers published by Tsinghua  University Press, 2003

[35].Global Localization and the  innovative transformation

[36].The use of “defamiliarization” in  architecture design

[37].On innovative transformation in a  collection of architectural diversified understanding

[39].Culture is not culture without  its specific characteristics

[40].Urban renovation and the  development of innovative industries (Luo Yan)

[41]. Viewing cities and buildings  from culture – overcoming the crises of characteristics

[42].Overcoming the sense of being  inferior in culture

A collection of theses of celebrating  the 10th anniversary of the founding of China Scientists Association,

[43].The inheritance and development  in the architectural culture

At the conference of celebrating the  6th anniversary of the founding of Shenyang City Scientists Association,  2009

[6].“From student to teacher, from  dean to academician: educator, thinker and architect”, Life of  Academy----A hundred Lectures of A hundred years celebration of Tsinghua  University, Presenter：Wan  Zhejun，Text：Liu  Zheng，Attendee：Liu  Nianxiong，2011-04-14

[1].The  Chinese Halls and Theatres,  Li Daozeng and Huang Baoqing were chief editors.

[2].A  collection of foreign theatres , Li Daozeng and Huang Baoqing were chief editors.

[4].A  summary of the design of a theatre with 2,300 seats,  Li Daozeng and Huang Baoqing were chief editors. Department of Civil  Engineering and Architecture of Tsinghua University (Materials), 1960

Preface and the fifth chapter, the  space combination of architectural design (writer),Department of Civil  Engineering and Architecture of Tsinghua University,1963