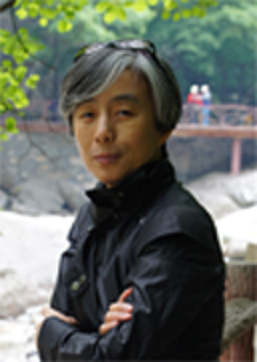 LIU Jian received her Bachelor degree in Architecture and Master and Doctor degrees in Urban Planning & Design from Tsinghua University. She is Registered City Planner in China, Associate Dean and tenured full professor of Urban Planning & Design at Tsinghua University School of Architecture. She is the Managing Chief-Editor of China City Planning Review, editorial board member of Urban Planning International, Urban Design and L'architettura delle città - The Journal of the Scientific Society Ludovico Quaroni. She was the Executive Member, Vice President, President of Asian Planning Schools Association, Council Member and Vice President of World Society for Ekistics, Scientific Board Member and Executive Member of International Forum of Urbanism, Vice Director of International Urban Planning Academic Committee and Member of Rural Planning and Development Academic Committee of Urban Planning Society of China, Member of Female Urban Planners Committee of China Association of City Planning. She was Fulbright Visiting Scholar at Graduate School of Design Harvard University of USA, visiting scholar at l’Oservatoir d’Architecture de la Chine Contemporaine of France, and visiting scholar at UBC Center for Human Settlements of Canada. She has been working as professor, researcher and city planner and designer, with particular interests on town and rural planning, urban design, urban regeneration, planning institution, and international planning studies.

In term of teaching, she chairs the seminar of Rural Planning for Urban-Rural Coordinated Development and the studio of Town Master Planning for undergraduate students and the seminars of Contemporary Urban Planning & Design and Metropolitan Urbanism, as well as the Tsinghua-MIT Joint Urban Design Studio for graduate students. She is the curriculum director for the Training Program on Sustainable Urbanization Development jointly held by China Mayors’ Association, Tsinghua University, Paulson Institute, and The University of Chicago and lectures on the core seminar of Urbanization and Social Development for the Joint Master Degree Program of Public Policy for Sustainable Development Goals between Tsinghua University and Geneva University. She also taught the studios of Urban Design and Residential Planning and Housing Design for undergraduate students, and the seminars of Comparison of Architectural and Urban Culture between East and West and Towns and Settlements in Metropolitan Regions, as well as a series of internationally joint studios, for graduate students. Per invitation, she also offers course lectures and studio critics and serves on thesis committee and defense jury in other colleges and universities both at home and abroad.

In term of research, she has either presided or participated in many research projects, including those sponsored by China Natural Sciences Foundation, such as Land Property Rights, Land Readjustment & Rural Planning, Evolution of Urban Planning System amid Transition Based on Comparisons among China, Japan and France, Rural & Urban Spatial Development in Greater Beijing Region, and Development & Construction of Built-up Environment Amid Rapid Urbanization in Economically Developed Regions; those commissioned by governments and governmental departments, such as Study on Legislation of Urban Planning in Foreign Countries commissioned by the Ministry of Housing and Urban-Rural Development, Research on New Planning Technologies for Digital Cities sponsored by Ministry of Science and Technology, Spatial Development Strategies of World Cities commissioned by Beijing Municipal Commission of Urban Planning; and those in collaboration with international partners, such as the European Horizon 2020 Program on Transition towards urban sustainability through socially integrative cities in the EU and in China. She has been involved in the practical projects of urban planning and design of many Chinese cities, towns and villages including Beijing, Shaoxing, Changzhou, Nantong, Jining, Zhangjiagang, Qufu and so on and have been rewarded for many times with national, provincial or ministerial prizes.

Till now, LIU Jian has published several books either independently or in collaboration with others in either Chinese or English, including Suburban Development Based on Regional Integration: Inspirations of the regional practice of Paris to Beijing, Urban Space in Cultural Perspective, Reforming The Urban Planning System: A Research Based on the Comparison of China, Japan and France amid Transition, Towards Socially Integrative Cities: Perspectives on Urban Sustainability in Europe and China. Her papers are also frequently seen in manuscripts and journals, both at home and abroad, in the languages of Chinese, English, French, Japanese and Korean. She has been invited to speak on the congress of ISOCARP, ACSP, AAAS, APSA, IACP and UPSC and give lectures at colleges and universities all over the world.