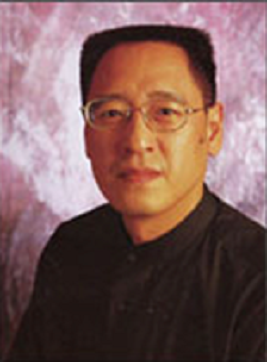 The Science of  Human Settlement

Practice and  research on concept planning

Taught and  researched in architecture, urban planning and design in the School of  Architecture (08/1992-present)

Vice Dean of  the School of Architecture, Tsinghua University (10/1997-present)

Projects of  City Planning and Design that directed or participated from 1985 are  mainly as follow:

Master Plan of  the Campus of Tsinghua University, Beijing, China

Research of  the Planning and Design of Public Facilities and Installations in  Changping New Town, Beijing, China

The General  Outline of the Master Plan of Haikou, Hainan Province, China

Most of the  practices and researches in the recently 20 years are characterized by  cross-subject and multi-specialty cooperation. Methods to organize a big  research team have been developed to deal with comprehensive problems,  which had won good reputation and consent. This kind of knowledge has  been used in teaching courses for the students

Participated  in research of preservation and development of aarchitecture environment  in the urbanism process of the developed areas, Major Program of the  National Natural Science Foundation of China (Grant No. 59238150)  (1993-1997)

Participated  in the research of planning and design the Shuangshan Island in Zhang  Jiagang, Jiangsu Province, China, an international cooperation project,  sponsored by the “Architecture and social housing” Foundation  (07/1996-present)

Participated  in the research of the Urbanism of China and the east-northern Asia, an  China, USA, and Korea international cooperation project  (10/1996-present)

Directed  research of “the transformation of city planning: towards pubic  policies”, the National Natural Science Foundation of China, (Research  of the Science of Human Settlement in City Development, The National  Basic Research Program <973 Program>) (2006)

The  Methodology of Urban planning (Core, 30 students in spring)

Town and  Country Land Use Planning (Core, 30 students in spring)

To maintain &  develop the building environment in urbanization process in developed  area, the award of science & technology by the education department,  Second Prize 8th (05/2001)

7.   Yin Zhi. Creating a new  urban image on the base of sustainable development. City Planning  Review,2001

Yin Zhi. The  Preservation and Development of Architecture Environment in the Urbanism  Process of Developed Area, China Architecture and Building Press, 2001